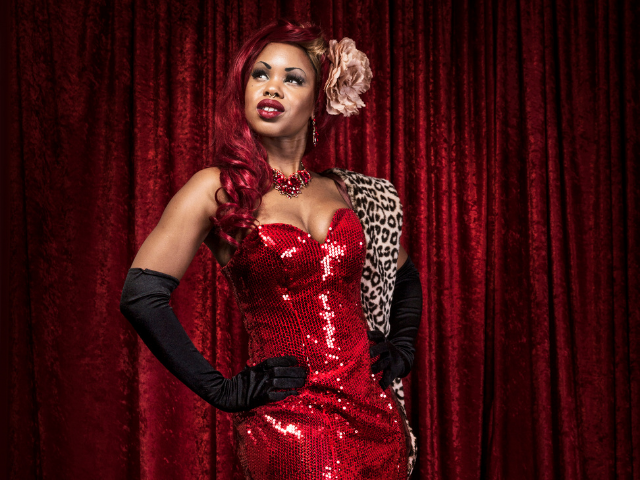 La DéDa Cabaret
Saturday 21 May 2022
Standard Ticket: £15 / VIP Table (table of four): £90 includes nibbles and fizz (Advance booking is advised)
Join us for a lavish evening at our La DéDa Cabaret! An eclectic variety show that is packed with glamour, comedy, music, circus and much more. No two shows are ever the same and with new acts at every show there’s always something to tickle your fancy!
Established in 2014 at Déda, La DéDa Cabaret quickly became a big name in the UK burlesque scene hosting headline performers to sold out crowds. La DéDa features only the very best acts handpicked from across the UK by burlesque performer and producer Scarlett Daggers.
Age: For ages 18+ (May contain adult humour, strong language and nudity)
Running time: Up to 3 hours (including two intervals)
Book Tickets
Music | Cabaret

After touring the world as an International Headliner of shows and festivals across Europe, Australia, Asia and America, and reaching the exciting peaks of being named No.5 in the world (Burlesque Top 50 2011) and placing 1st runner up in Las Vegas’ Miss Exotic World contest (Burlesque Hall of Fame 2011), Anna decided to run away with the circus to China where she then spent several years building a secret, illegal burlesque scene, hidden from the eyes of the West behind China’s Great Firewall. In early 2018, definitely not for legal reasons, Anna returned to the UK and now promises to spread her fierce, dynamic, engaging & authentic brand of sexuality far and wide. Oh, and she sometimes throws axes. So be nice.

Storm Hooper is an electric performer. With a circus background, her style is a little bit different! Be it hoops, a Rubik cube or just her quirky style, she brings her own flare and character to all she does!

Critically acclaimed, award winning burlesque performer Ms Coco Deville has over a decade of burlesque and cabaret experience and continues to captivate her audiences with her witty humour, dynamic dancing and theatrical manner.

Rod has gained a reputation for being one of Europe’s most entertaining and innovative jugglers. A truly original artist he performs and wins accolades and awards for juggling throughout the world and has been seen in countless shows from glittery cabarets in Paris to street festivals in Holland, from traditional big top circuses to gala events in the USA.

A flirtatious, lyrical lothario and seasoned comic raconteur with razor-sharp wit, he'll have audiences grinning, giggling and eating from the palm of his hand -sometimes literally. Johnny can be heard singing everything from Shirley Bassey to Guns ‘n’ Roses, as well as ridiculous self-penned medleys to surprise and delight! Stage Door Johnny is the resident host for Tres Tres cabaret in Stafford and La De Da Cabaret in Derby.

This rock'n'roll redhead will get you hot under the collar with her sizzling stage presence and megawatt smile.   From a flag wielding greaser-girl to a B movie Cobra Queen and even Robin Hood Scarlett loves to inject a sense of fun into her femme fatale.

With over 15 years’ experience on the cabaret circuit Scarlett has performed across the UK as well as Paris, Milan, Rome and beyond and produces regular shows in Nottingham, Derby, Birmingham, Cardiff, Grimsby and Leeds.